The warlike githyanki and the contemplative githzerai are a sundered people—two cultures that utterly despise one another. Before there were githyanki or githzerai, these creatures were a single species enslaved by the mind flayers. Although they attempted to overthrow their masters many times, their rebellions were repeatedly crushed until a great leader named Gith arose. After much bloodshed, Gith and her followers threw off the yoke of their illithid masters, but another leader named Zerthimon emerged in the aftermath of battle. Zerthimon challenged Gith’s motives, claiming that her strict martial leadership and desire for vengeance amounted to little more than another form of slavery for her people. A rift erupted between followers of each leader, and they eventually became the two variants whose enmity endures to this day. Whether these tall, gaunt creatures were peaceful or aggressive, cultured or primitive before the mind flayers enslaved and changed them, none can say. Not even the original name of their species remains from that distant time.

Your gith character has certain characteristics in common with all other giths.

Health. Your health increases by 8.

Age. Gith reach adulthood in their late teens and live for about a century.

Size. Gith are taller and leaner than humans, with most a slender 180 centimeters tall. Your size is Medium.

Speed. Your base walking speed is 5 meters.

Gith Resilience. You have advantage on all Will saving throws against magic.

Variant. Two variants of giths are found among the worlds: githyanki and githzerai. Choose one of these variants. 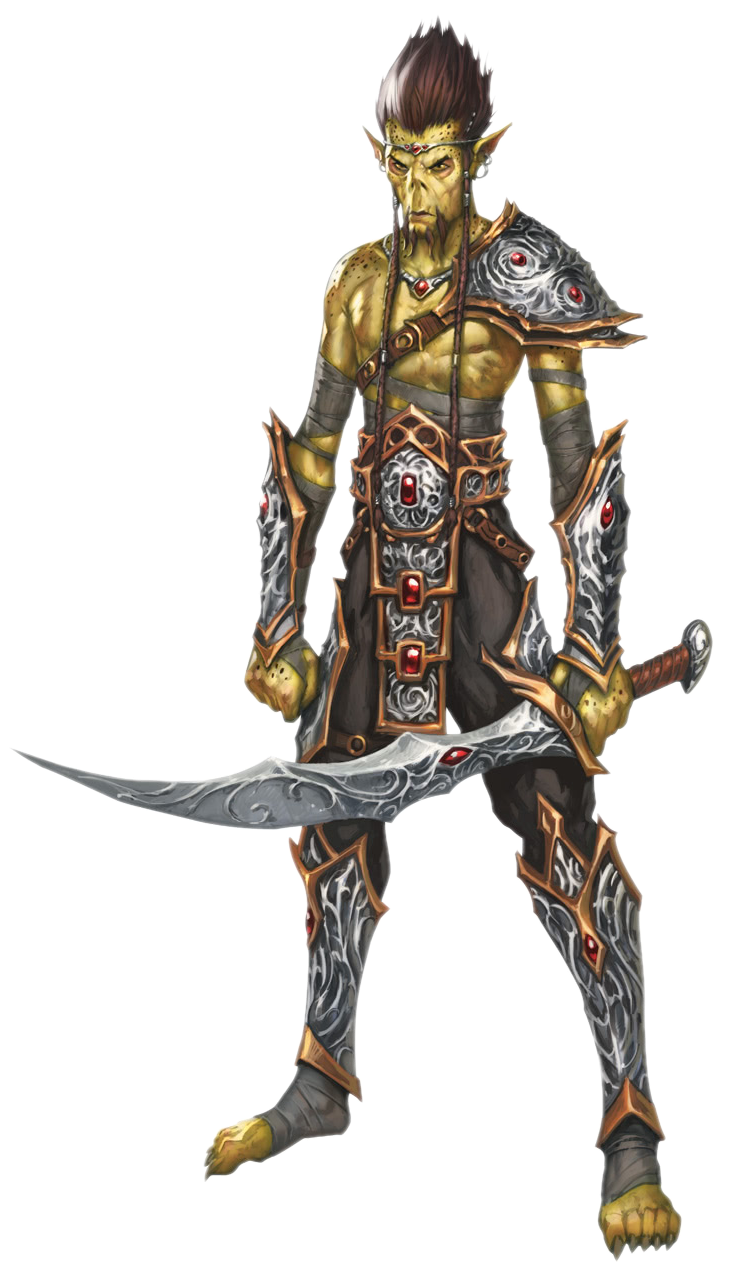 The githyanki plunder countless worlds from the decks of their astral vessels and the backs of red dragons. Feathers, beads, gems, and precious metals decorate their armor and weapons—the legendary silver swords with which they cut through their foes. Since winning their freedom from the mind flayers, the githyanki have become ruthless conquerors under the rulership of their dread lich-queen, Vlaakith.

Astral Raiders. The githyanki despise all other species, undertaking devastating raids that take them from their strongholds in the Astral Plane to the farflung corners of the multiverse. War is the ultimate expression of githyanki culture, and their pitiless black eyes know no mercy. After a raid, they leave shattered survivors enough food and resources to weakly endure. Later, the githyanki return to their conquered foes, plundering them again and again.

Followers of Gith. In their own language, githyanki means “followers of Gith.” Under the guidance of Gith, the githyanki stratified into a militaristic society, with a strict caste system, dedicated to the ongoing fight against the victims and sworn enemies of their species. When their leader Gith perished, she was replaced by her undead adviser, Vlaakith. The lich-queen forbade worship of all beings except herself.

Of all their enemies, the githyanki most hate their former masters, the mind flayers. Their close kin, the githzerai, are second in their enmity. All other creatures are treated with simple contempt by the githyanki, whose xenophobic pride defines their view of inferior species.

Silver Swords. In ancient times, gith knights created special weapons to combat their mind flayer masters. These silver swords channel the force of the wielder’s will, dealing psychic as well as physical damage. A githyanki can’t become a knight until it masters the singular discipline needed to will such a blade into existence. In the eyes of the githyanki, each silver sword is a priceless relic and a work of art. Githyanki knights will hunt down and destroy any non-githyanki that dares to carry or wield a silver sword, reclaiming it for their people.

Red Dragon Riders. In the uprising against the illithids, Gith sought allies. Her adviser Vlaakith appealed to Tiamat, the goddess of evil dragonkind, and Gith ventured into the Nine Hells to meet with her. Only Tiamat now knows what passed between them, but Gith returned to the Astral Plane with the Dragon Queen’s red dragon consort Ephelomon, who proclaimed that his kind would forever act as allies to the githyanki. Not all red dragons honor the alliance kindled so long ago, but most at least don’t consider the githyanki their enemies.

Outposts in the Mortal Realm. Since creatures that dwell on the Astral Plane don’t age, the githyanki establish creches in remote areas of the Material Plane to raise their young. Doubling as military academies, these creches train young githyanki to harness their psychic and combat abilities. When a githyanki grows to adulthood and slays a mind flayer as part of a sacred rite of passage, it is permitted to rejoin its people on the Astral Plane.

Decadent Mastery. You learn one language of your choice, and you are capable with one skill of your choice. In the timeless city of Tu’narath, githyanki have bountiful time to master odd bits of knowledge.

When you reach 3rd level, you know the striding and springing and teleport spells and can cast one without expending mana. You regain the ability to cast one of these spells with this trait when you finish a long rest. If you do not have a spellcasting ability, choose Intelligence, Wisdom, or Charisma as your spellcasting ability for these spells.

At 5th level you regain the ability to cast one of these spells with this trait when you finish a short or long rest. At 13th level your spell is augmented to 2 mana. 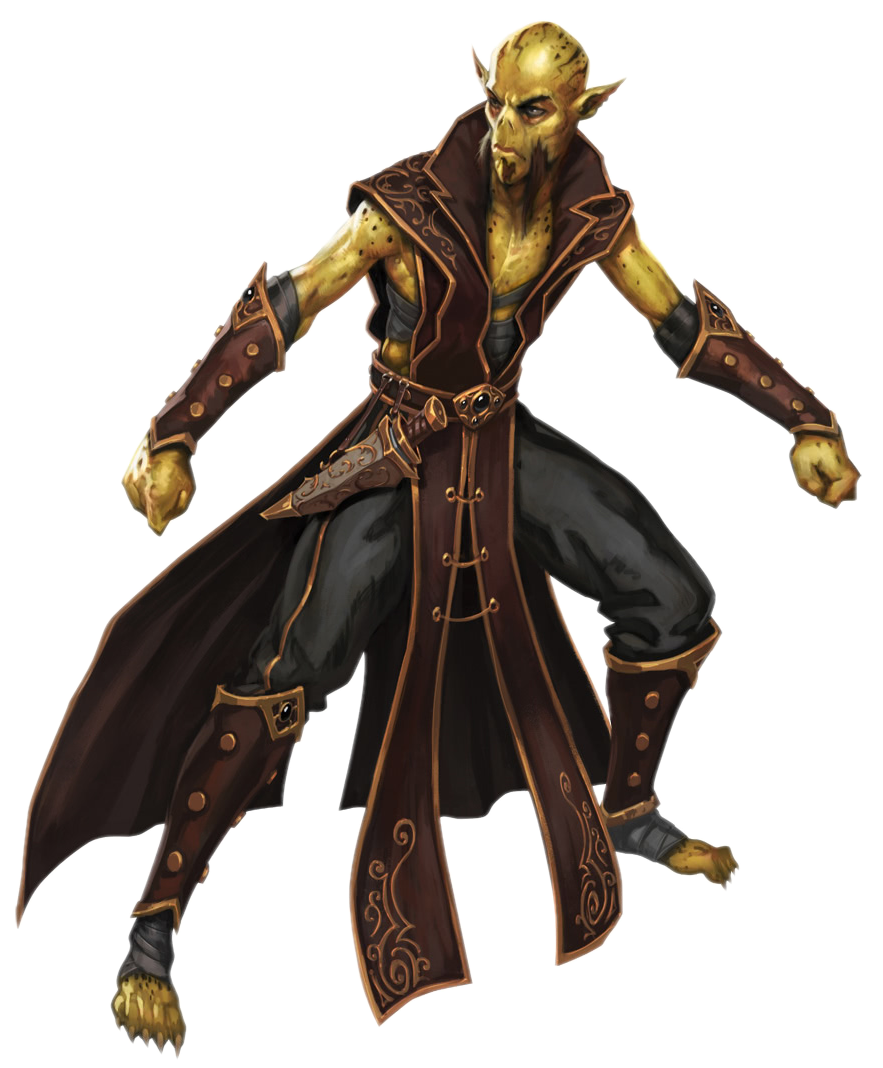 Focused philosophers and austere ascetics, the githzerai pursue lives of rigid order. Lean and muscular, they wear unadorned clothing free of ornamentation, keeping their own counsel and trusting few creatures outside of their own kind. Having turned their backs on their warlike githyanki kin, the githzerai maintain a strict monastic lifestyle, dwelling on islands of order in the vast sea of chaos that is the plane of Limbo.

Psionic Adepts. The progenitors of the githzerai adapted to—and were transformed by—the psychic environment imposed on them by their illithid overlords. Under the teachings of Zerthimon, who called on his people to abandon the warlike ambitions of Gith, the githzerai focused their mental energy on creating physical and psychic barriers to protect them from attack, psychic or otherwise. Fighting is personal to a githzerai, which uses its mind to daze and incapacitate opponents, leaving them vulnerable to physical punishment.

Order amid Chaos. The githzerai willingly dwell in the heart of utter chaos in Limbo—a twisting, mercurial plane prone to manipulation and subjugation by githzerai minds strong enough to master it. Limbo is a maelstrom of primal matter and energy, its terrain a storm of rock and earth swept up in torrents of murky liquid, buffeted by strong winds, blasted by fire, and chilled by crushing walls of ice.

The forces of Limbo react to sentience, however. Using the power of their minds, the githzerai tame the plane’s chaotic elements, causing them to settle into fixed and survivable forms and creating oases and sanctuaries within the maelstrom.

Githzerai fortress-monasteries stand resolute against the chaos that surrounds them, virtually impervious to the turmoil of their surroundings, because the githzerai will it. Each monastery is overseen by monks that impose a strict schedule of chants, meals, martial arts training, and devotions according to their own philosophy. Behind their psionically fortified walls, the githzerai embrace thought, learning, psionic power, order, and discipline above all other things.

The social hierarchy of the githzerai is based on merit, and those githzerai who are the wisest teachers and the most skilled at physical and mental combat become leaders. The githzerai revere great heroes and teachers of the past, emulating those figures’ virtues in their everyday lives.

Disciples of Zerthimon. Githzerai revere Zerthimon, the founder of their variant. Although Gith won their people’s freedom, Zerthimon saw her as unfit to lead. He believed that her warmongering would soon make her a tyrant no better than the mind flayers.

Skilled githzerai monks that best exemplify the teachings and principles of Zerthimon are called zerths. These powerful and disciplined monks can shift their bodies from one plane to another using only the power of their minds.

Beyond Limbo. Though githzerai rarely deal with the realms beyond Limbo, advanced monks of other species sometimes seek out a githzerai monastery and attempt to gain admittance as students. More rarely, a githzerai master establishes a hidden monastery on the Material Plane to train young githzerai or to spread the philosophy and teachings of Zerthimon.

As disciplined as they are, the githzerai have never forgotten their long imprisonment by the mind flayers. As a special devotion, they organize a rrakkma—an illithid hunting party—to other planes, not returning to their monasteries until they slay at least as many illithids as there are hunters in the party.

Once you use this trait, you must finish a long rest before you can use it again.